Void Acoustics embraced the energy and vibe of their first major presence at Glastonbury on the 50th Anniversary edition of the world-famous festival.

Find out more about the Arcline line array that powered the stage by clicking the button below.

Glastonbury’s long-awaited return to this year’s summer calendar saw the addition of two new stages in the iconic, and ever-popular Silver Hayes area of the festival. One of these new stages was the ‘Lonely Hearts Club’ – an exciting, and visually arresting addition to this club-goers paradise!

It was from the art deco-styled ‘Lonely Hearts Club’ stage that Void Acoustics made an impressive visual and sonic impact in this part of Glastonbury throughout the long festival weekend.

NSL Productions (long-standing rental and integration partner of Void Acoustics) installed this unique festival stage for Team Love who were the festival production team behind Silver Hayes this year.

“Although we have worked at Glastonbury previously, this was our first year working in the Silver Hayes area” explains Tom Broughton, Director, NSL Productions. “Our engagement was a result of the great relationship we have built with Team Love from working in close co-operation with them at other festivals including ‘Love Saves the Day’ in Bristol where the ‘Lonely Hearts Club’ first made its debut.” 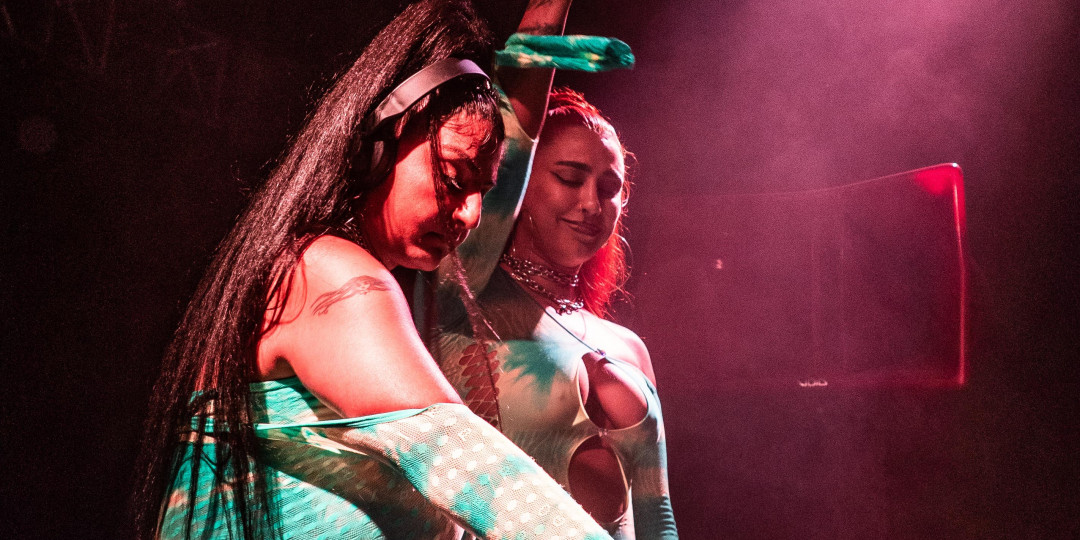 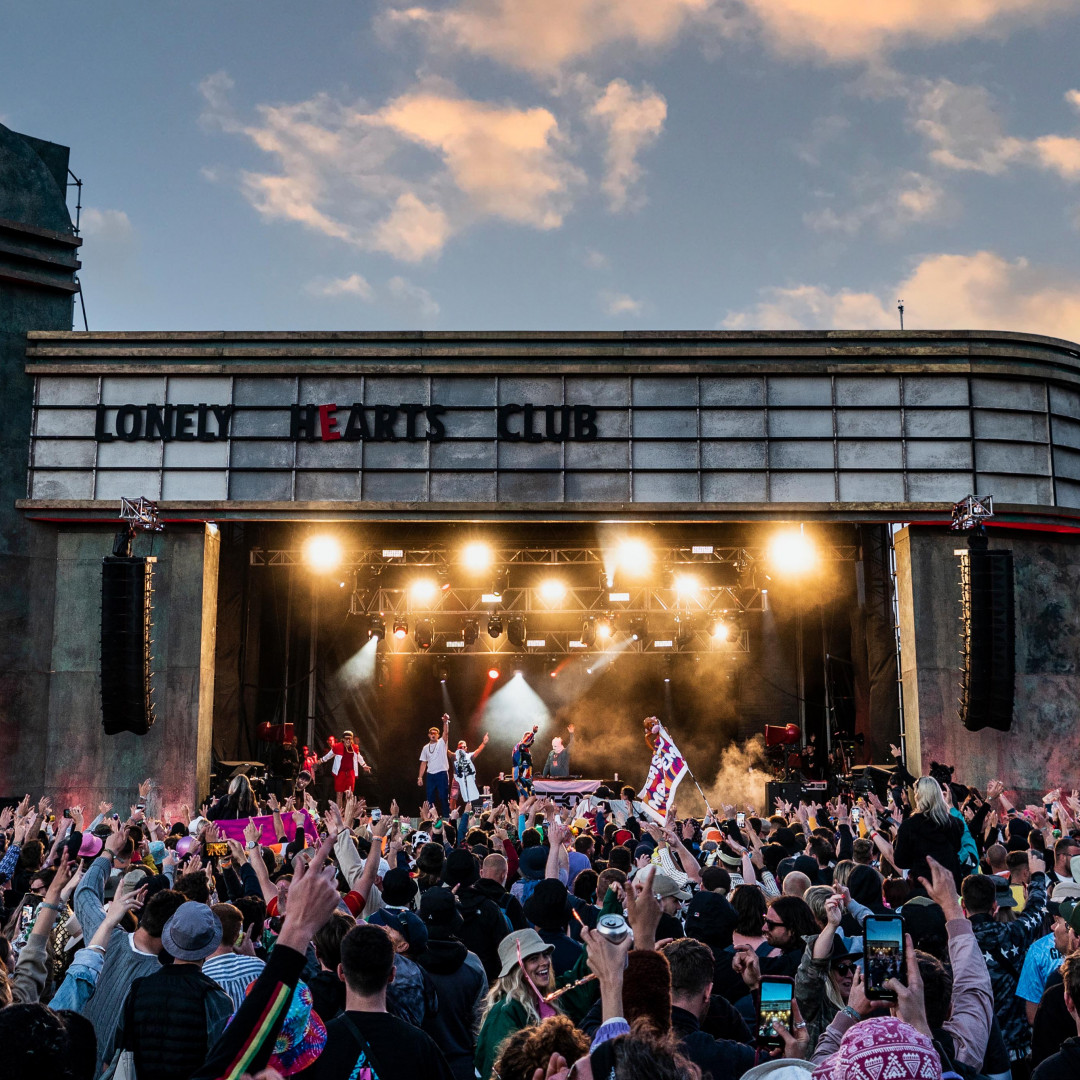 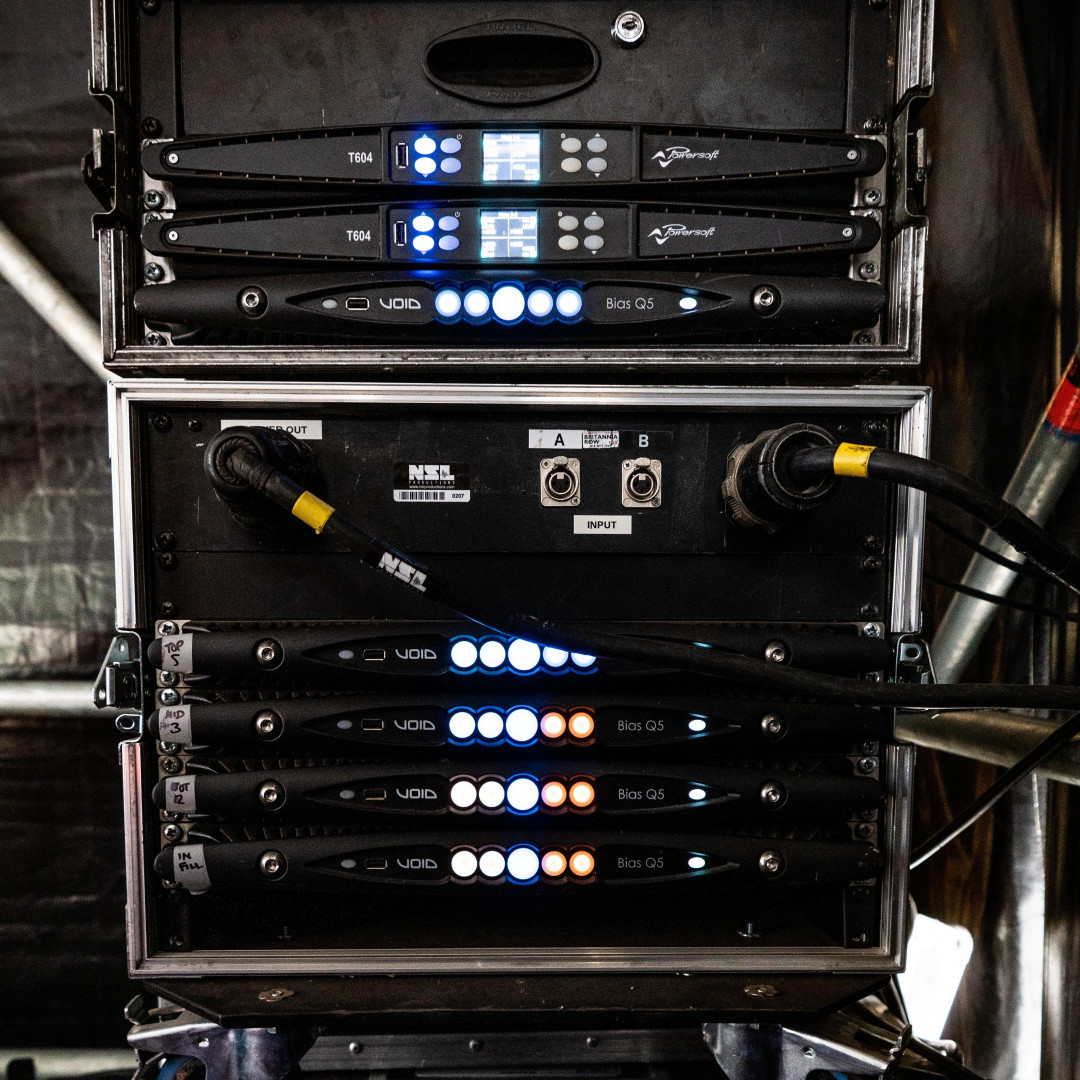 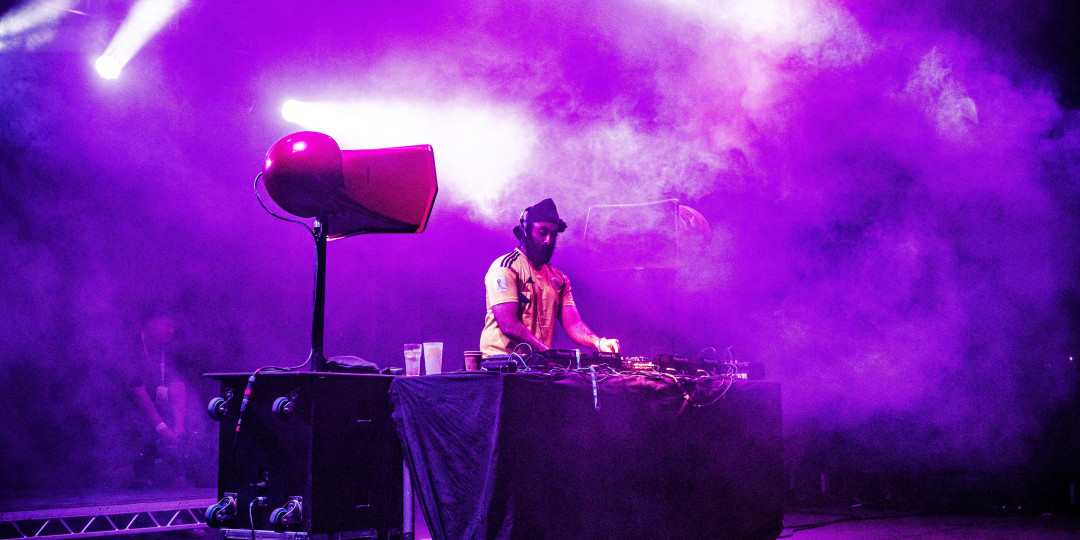 Tom continues that “given our previous large-scale stage productions with Team Love, we got involved in this project from the very early stages as some careful planning was required.”

The brief was precise, and with the 40ft high structure, it was clear to Tom that the robust Void Acoustics Arcline 8 line array modular system “was the perfect solution for this challenging specification at Glastonbury” where the Arcline 8s almost provided their own frame to the distinctive stage set.

The brief included the requirement for the system to be scalable for an average audience size of 5,000 rising to a maximum capacity of 7,000 for headliners.  The audio design also had to consider the proximity of off-site noise monitoring points across the Greenfield site and the strict sound limits and reductions after midnight, whilst working respectfully alongside the other two stages within Silver Hayes. All this, without compromising great audio levels for everyone involved and allows the audience to party late into the night without hindrance or any noise pollution issues.

“We were asked to design a scalable and controllable FOH system which was why we installed two hangs of ten fixtures per side of Void’s Arcline 8, split into three zones, supported by a central block of 12x Stasys 218 in a delayed horizontal array,” explains Tom. “And it worked perfectly. We knew that deploying a Void Acoustics system would cover this size of audience and permit us to provide a contained system to maximise levels in the key audience area, whilst dropping off quickly ‘off axis’.”

The audio system deployed also needed to be capable of serving a wide variety of musical genres from different acts on stage each day.  “The FOH and monitoring package needed to be versatile to work for celebrity DJs, live bands as well as singers and MCs in equal measure”, expands Tom. “We achieved this with wheeled stacks of Stasys 118 and the instantly recognisable Air Vantage speakers on stage to act as DJ monitors, side fills, drum fills – whatever was needed really. A zoned array out front allowed us to push the top sections for the bigger crowds for the headliners.”

“A gig of this magnitude needed a system that was both versatile, and malleable, yet provide the transparent sound that the Arcline system offers.  That, along with the level of DSP control afforded by the Bias Q5 amplifiers (which the whole system was run off) are invaluable for the myriad of engineers, DJs and acts using the system.”

And Tom’s belief in the Void Acoustic system they installed was justified by feedback from all who experienced it.  “We have been thrilled with the feedback from everyone.  The touring FOH engineers, along with performers, live bands and DJs alike have all been overwhelmingly positive, expressing their delight at the system throughout the weekend.  They were all both surprised and delighted at the clarity and smooth sound of the system we had supplied.”

“We were confident that the system design was going to provide consistent audio quality and perceived levels of the system throughout the weekend.  Which is of course what we have come to expect of Void Acoustics and their exceptional products.”

“Equally satisfying is that no matter the musical style or genre, and no matter the weather (and there was a lot of wind!) we maintained levels and quality, and had no off-site issues. In my mind, Void Acoustics consistently manufacture exceptional world-class products – in look, in design, and in sonic delivery.  This was a showcase for the Void products we deployed, and I wouldn’t hesitate to specify them again for similar festival demands.”

Dave Harvey from Team Love was enthusiastic about their engagement of NSL Productions for this important and high-profile festival installation.  “We work with NSL regularly and they are bloody great! The sound is top notch - the Lonely Hearts Club sounded absolutely amazing across everything and working with the team is always a pleasure,” he says, with a final flourish: “A massive thanks to everyone involved, and we look forward to the next instalment”.

In conclusion, Tom and his team are elated to have been instrumental in the production of the Silver Hayes area, and he smiles as he concludes: “We sincerely hope that this year’s successful production is going to be the start of an ongoing relationship with this exciting and vibrant party area at Glastonbury.”

Sign up to our newsletter to receive the latest news updates and event info.